It stirs our hearts today, but the Canadian flag was once the source of great debate across the nation. The events that determined the design of this iconic symbol began in 1963 with a Prime Minister’s promise of a flag for Canada—a promise his government could not have met without the foresight of George F.G Stanley.

On March 23, 1964 George F.G. Stanley wrote to friend and Member of Parliament John Matheson outlining his ideas for a flag and what it should look like. He noted that it should be simple, not cluttered and easily recognizable at a distance. It should use traditional colours and emblems of Canada, and serve as a rallying symbol and “a unifying force” for the country.

When the flag debate erupted in 1964, Canada’s all-party parliamentary flag committee was inundated with suggestions from across the country for a new flag. More than 2000 designs were received featuring all manner of symbols, from stripes and stars to Union Jacks, fleur-de-lys, beavers, and maple leafs. Although it was never a formal submission, the “Stanley flag” was added to the Committee’s walls and made it all the way to the final vote—a vote that ultimately resulted in the selection of his design.

Reception to the new flag was mixed, even in Stanley’s immediate circles. His wife, Ruth, was full of pride for her husband and for Canada, as were his three daughters. Conservative western cousins, however, were certain Stanley’s mother would roll over in her grave. Local teachers asked his daughters, “How could your father have had anything to do with that rag of a flag?” and insisted he had given Canada “a beer label.” But the ultimate criticism came in the form of a death threat on Stanley’s life. The warning read: “You have assassinated our flag. I will assassinate you.” Stanley’s response to all the fuss? “Wait thirty years. By then, everyone will have forgotten and they will wonder what it was all about.” 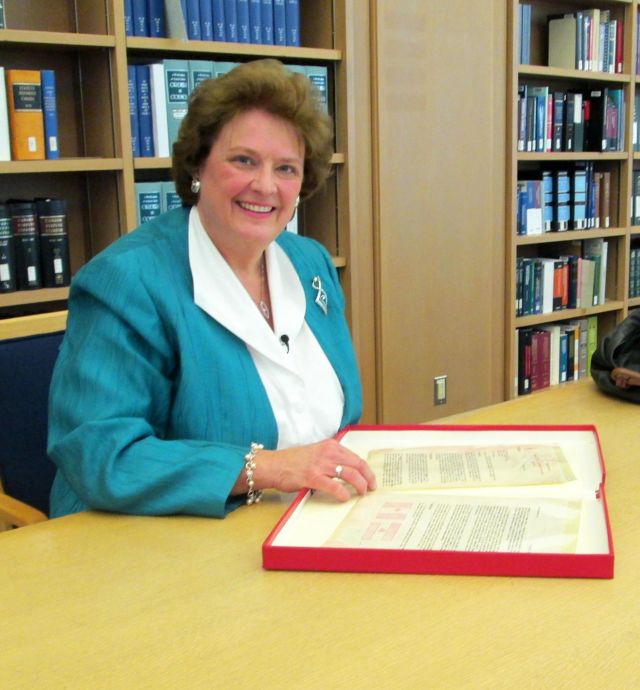 George F.G Stanley’s daughter, Dr. Della Stanley, shares the story of Canada’s flag and her father’s role in its design.